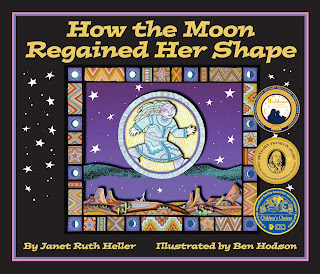 1) Tell us a bit about who you are, and where you live and work.

I’m a poet, college professor, literary critic, essayist, fiction writer, dramatist, and memoir writer. I have published the poetry books Folk Concert: Changing Times (Anaphora Literary Press, 2012), Traffic Stop (Finishing Line Press, 2011), the scholarly book Coleridge, Lamb, Hazlitt, and the Reader of Drama (University of Missouri Press, 1990), and the award-winning children’s fiction picture book about bullying How the Moon Regained Her Shape (Sylvan Dell, 2006). I have a Ph.D. in English Language and Literature from the University of Chicago. My play The Cell Phone won fourth place in a national contest and was performed twice at the Fenton Village Players One-Act Play Festival on June 24-25, 2011 in Fenton, Michigan. I have taught writing, literature, and women’s studies courses for Western Michigan University, Albion College, Michigan State University, Olivet College, Grand Valley State University, the University of Chicago, and Northern Illinois University. I’m a past president of the Society for the Study of Midwestern Literature, and I’m currently president of the Michigan College English Association. I live in Portage, Michigan, with my husband. My hobbies are hiking, singing, and bird-watching.

2) Describe your journey to becoming an author.

My mother read me lots of good writers when I was a child, including poems by Robert Louis Stevenson, Robert Frost, and Emily Dickinson and stories by Rudyard Kipling. Mom instilled a love of literature in me: my ambition during elementary school was to read all of the books in the library. My teachers encouraged me to write. When I was a graduate student at the University of Chicago, I was a founding mother of the literary journal Primavera. Through Primavera, I met many wonderful writers and started a monthly writing group with some of the other editors. I began to publish my poetry and fiction in national journals and anthologies. In 1990, the University of Missouri Press published my revised dissertation, Coleridge, Lamb, Hazlitt, and the Reader of Drama. In 2006, Sylvan Dell published my first book for children, How the Moon Regained Her Shape. How the Moon Regained Her Shape won a Book Sense Pick for 2006, a Children’s Choices selection for 2007, a Benjamin Franklin Award for 2007, and a Gold Medal in the Moonbeam Children’s Book Awards for 2007.


3) What kinds of books do you write? Who is your ideal reader?

I write poetry, drama, essays, literary criticism, memoir, adult fiction, and fiction and nonfiction for children. My ideal reader is someone who appreciates original images, psychological insight, and musical use of words.


4) Tell us about How the Moon Regained Her Shape. How was the concept conceived and how did you come to write it? 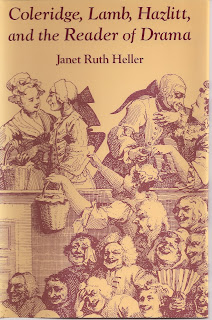 5) Who are your favorite authors? What is on your reading list right now?

My current reading list includes mockingbird by Kathryn Erkskine, The Way-Back Room: A Memoir of a Detroit Childhood by Marry Minock, and Four Plays by William Inge.


6) How do you promote your work? What methods have worked best for you? 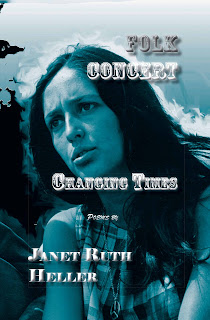 I will be reading poems from my book Folk Concert: Changing Times and doing a scholarly presentation at the conference of the Michigan College English Association in Grand Rapids on October 26, 2012. I will be speaking about my books at Kankakee Community College in Illinois on November 1, 2012. I’m revising my play The Cell Phone. Also, I’m trying to find publishers for ten more books for children, my memoir, and two more books of poetry.


8) What is your definition of success as an author?

To me, success means connecting with an audience and communicating clearly. That experience makes authors feel appreciated and needed. It doesn’t matter whether the audience is large or small.


9) What advice would you offer to aspiring authors?

Join a group of serious writers to get feedback on your work. Take a class about current literature at your local college or university. Also, join organizations like the Society of Children's Book Writers & Illustrators (SCBWI) and the Association of Writers and Writing Programs (AWP) to network with other writers. Go to writers’ conferences and show people your work. Subscribe to and read magazines like The Writer, Poets & Writers, The Writer’s Chronicle, and Writer’s Digest. Purchase guides like Writer’s Market, the International Directory of Little Magazines and Small Presses, and the Children's Writer's & Illustrator's Market. Then send your revised manuscripts out to relevant publishers. It takes time, but good writing is worth the investment. 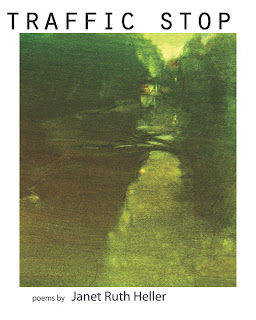 I have a Ph.D. in English Language and Literature from the University of Chicago. I am a past president of the Society for the Study of Midwestern Literature, and I am currently president of the Michigan College English Association.

Finishing Line Press published Traffic Stop, my poetry chapbook, in 2011. My poetry book Folk Concert: Changing Times was published by Anaphora Literary Press (2012). I have published 170 poems in journals and anthologies. I am a founding mother of Primavera, a literary magazine. Primavera has won awards from Chicago Women in Publishing and the Illinois Arts Council and grants from CCLM and the NEA. My book of literary criticism, Coleridge, Lamb, Hazlitt, and the Reader of Drama, was published in 1990 by the University of Missouri Press. My creative nonfiction essay "Returning to Elkhart Lake, Wisconsin" appeared in Midwestern Miscellany in 2008. My play The Cell Phone won fourth place in a national contest and was performed twice at the Fenton Village Players One-Act Play Festival on June 24-25, 2011 in Fenton, Michigan.

My fiction picture book about bullying for children, How the Moon Regained Her Shape (Sylvan Dell, 2006), won a Book Sense Pick in 2006, a Children’s Choices selection for 2007, a Benjamin Franklin Award for 2007, and a Gold Medal in the Moonbeam Children’s Book Awards for 2007. In 2009, How the Moon Regained Her Shape was one of five finalists for the Patricia Gallagher Picture Book Award given by the Oregon Reading Association.

How the Moon Regained Her Shape: www.sylvandellpublishing.com/Moon.php

Coleridge, Lamb, Hazlitt, and the Reader of Drama: http://press.umsystem.edu/otherbooks/heller.htm ,