Dual-language children's book author Tim Johnson first appeared on Raychelle Writes as a guest blogger who discussed the importance of teaching foreign language to young children. Read his post here. At that time, Tim was promoting his fundraising campaign for Bosley Sees the World on Kickstarter. Tim was successful and has published his book in 7 different languages. I am reviewing the Spanish translation for this review.

Bosley Sees the World is the delightful story of a young bear who is curious about the world outside of the seemingly tiny cave where he lives. So Bosley decides to explore the outdoors. After running out into the forest, climbing a very tall tree, hearing the sounds of nature, and seeing new things, Bosley decides to climb a mountain in the distance. From the highest point on the mountain, Bosley sees that the world is much larger than he originally thought and returns home. There is no way that Bosley would be able to see the entire world in a day. He realizes that his cave is just the right size--for now.

Written in English and Spanish, Bosley Sees the World teaches the reader new vocabulary by highlighting specific words and their translations. By using a picture book format, the reader is more likely to retain new information because they establish a connection between the terms, the wonderful illustrations, and the context.

Young readers will enjoy taking this journey with Bosley. Not only will they enjoy the story, they will improve their reading skills while getting exposure to a new language. 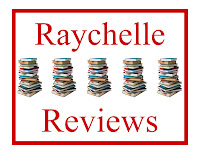