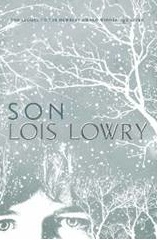 1) Tell us a bit about yourself and where you live and work.

I have two homes, one n Massachusetts and one in Maine, where I spend summers. In both places I have a room where I work. I think its important for a writer to have a private and individual space.


2) At what point did you know that writing was what you were meant to do?

I knew form the time I was eight or nine that I wanted to be a writer.


3) Describe your body of work. Do you gravitate toward specific genres in your writing?

I have written 40 books for young people and they have varied in genre from fantasy to humor to realism to historical. I like doing different kind of things.

I had four children and I have four grandchildren as well. So I have had plenty of kids to observe and to know. But in addition to that I think Anastasia and Sam also reflect my own young self and my little brother.

I have just completed a novel called SON, which is #4 following THE GIVER, turning the trilogy into a quartet. SON will be published in the fall of 2012.


6) As an established and successful author, do you promote your work differently now than you did in your earlier days? What methods have worked best for you?

I don't think much about promotion. I have had the same publisher for thirty five years and they take care of promotion. I'm happy to make public appearances and to do signings, but it is the publisher who sets those things up.


7) Who are your favorite authors? What is on your reading list right now?

I like Ian MacEwan and I am also a fan of many of the Scandinavian mystery writers, Jo Nesbo for one. I have just finished reading (and liking) a book called THE SNOW CHILD.


8) Should books ever be censored? Why or why not? Please weigh-in on this ongoing debate.

No. Freedom of speech (and of writing) is one of the basic freedoms of our country and our constitution. Censorship has always been part of totalitarian regimes, It is to be feared.


9) When you are not writing, how do you spend your time?

I read, go to movies, travel, spend time with grandchildren.


10) What advice would you offer to aspiring authors?

They should spend less time talking about writing and more time sitting alone in a room and doing it. 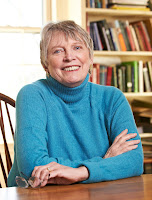 Born in Honolulu, writer Lois Lowry spent her early childhood in Pennsylvania, teenage years in Tokyo and New York, and was educated at Brown University and the University of Southern Maine. Mother of four and grandmother of four, she now divides her time between Cambridge, Massachusetts and an 18th century farm in Maine. She has received the National Jewish Book Award, the Boston Globe Horn Book Award, the Mark Twain Award, two Newbery Medals, the Golden Kite Award, and the Margaret Edwards Award, given by the American Library Association for Lifetime Achievement. She has twice been the United States nominee for the Hans Christian Andersen Medal.

Posted by Raychelle Muhammad at 12:00 AM