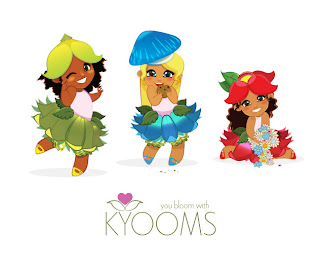 1) Tell us how you became an artist/illustrator?

The earliest memory I have of drawing anything I was about 4 years old growing up on the island of Barbados. I got the great idea to start defacing my grandmother's walls (in the veranda, mind you, where it was in plain view and the first thing guests saw as they entered the house). Of course, that did not blow over too well with my grandma, but the upside of it is my mom decided to start giving me some of her paper sheets (which were reserved for the typewriter). Then I could draw without getting in trouble. This inspired me to just doodle away day in and day out.


That was really the development of my love for art. When I graduated from high school I immediately enrolled in the Graphic Design program at the Barbados Community College. It was actually the only program besides Fine Arts that was being offered with the closest relevance to what I wanted to do which was illustration. Afterward,s I went on to study in the United States, where I enrolled in a Game Art and Design program – shortly after graduation I started freelancing: creating artwork for comics, video games and books.

2) Do you specialize in any particular medium? Describe your style.

I would definitely refer to myself as a digital artist first and foremost. This was more of a choice of efficiency when creating artwork.  I do use almost exclusively pencil and ink when drawing traditionally as a result of my first major influences being comic books!

I’d call my art style crisp, classical, gestural, and colorful. It often reflects a marriage of Western comic art styles and Japanese manga. I place emphasis on human form quite a bit and am very focused on line art. I tend to experiment with the language and weights of line more than anything in my illustrations. 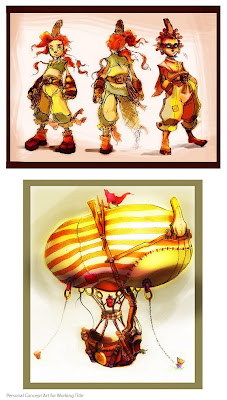 3) Where do you live and work?

I live in San Francisco and work as an artist at a company called Ngmoco creating next gen mobile games.

4) Who or what inspires you?

Wow! Where do I start?

I was always inspired by comics all of kinds. I created and collected a lot of them growing up: X-Men, Sonic the Hedgehog to name a few. Video games were also a HUGE inspiration. I would say one of my absolute biggest. It was really a life changing point for me when I got my first video game system, the Nintendo, when I was 9 years old. There was something so inspiring about seeing the art become movable and interactive, and it was that marriage of technology with art that compelled me most to seek out how I could jump into art as a career.

Books were also a big influence I read a lot as a child. My uncle used to take me to the library when I was a little girl and I would go nuts looking through as many books as I could- what used to be picture books when I was a kid, like Noddy and Peter Rabbit turned into my collection of art collectives like the Spectrum Series and D’Artiste. 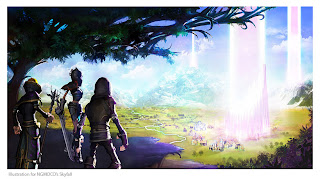 5) What was your first illustration job?

I used to frequent forums in search of teams that were creating projects, they weren’t paid but it was just for the sake of collaboration. Well, it turned out the lead of the team I was working with had a dad who was contemplating starting his own company and actually thought I was talented enough to pay!

That was the first time I learned about contracts, terms and all the stuff that goes with it! Was a great experience, I created the first concepts for the main characters of his title.

6) How do you promote your work? What strategies work best for you?

Self-promotion is actually relatively new for me. My current project Kyooms marks the first time I’ve started putting myself out there for all to see. Before, I just hosted samples of my art on my personal portfolio site and asked individuals I was interested in working with to visit.

I honestly haven't really been doing it long enough to truly say which works best, so far it still seems to be word of mouth or me directly contacting someone about my work seems to be the winner.

7) What is the Kyooms Project?

Kyooms is a series of character-based artwork that incorporates positive and inspirational messages.

I wanted to create art that adults could give to kids in the form of room décor. That way kids are exposed to positive messages simply by being in their rooms.

Kyooms also has a series of postcards. With Kyooms, it’s all about the value of sharing positive affirmations.

The project is currently in fundraising mode here www.kyooms.com or http://kck.st/AyZLZ1 ,with just a few days left to go and over 20 people backing the project so far in trying to reach the $4500 goal.

8) What is your definition of success as an artist?

Becoming enough of an artistic influence to help change people's perceptions and make the world a better place.

I’d like to launch my first online store in July, and the Kyooms story book which I started writing in late 2011.

By October I’d like to partner with charities to distribute some of my artwork to children. 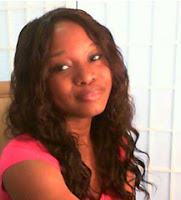 Tamara Ramsay, is a Barbadian illustrator currently living in San Francisco. She brings a wide variety of art influences and backgrounds from comics, children's books, and video games. Her goal is to find unique ways in marrying technology, art, and cause to help change the world for the better. Her newest project launches in July at www.kyooms.com.


Posted by Raychelle Muhammad at 12:00 AM