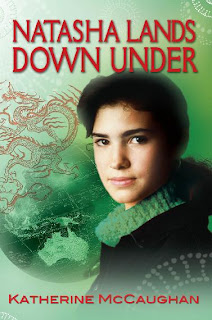 Firstly, thank you Raychelle, for this interview. You have a great blog and I am very proud to be a part of it. As a former high school English teacher, I have been interested in literature for a long time. Then, many years ago, a friend suggested we write a book together. Well, we got a friendly divorce after Chapter 3, but I was hooked on the writing process.  I signed up for a writing class and discovered a whole new world of compatible people and a whole new life.

2)      Do you specialize in any particular genre?

I have been published in short story, essay, book review and magazine article form and I have written a young adult novel. No, I guess I do not specialize.

3)      Who are your favorite authors and how do they inspire your work?
Growing up in Australia, I read many English authors such as Enid Blyton. I also loved Canadian L.M. Montgomery. As an adult, I still love British literature and await the Man Booker awards every year. My taste is very eclectic. I love anything that is well written from which I learn something – history, psychology, anything about the human condition, so there are many, many authors I admire. When I really love a book, I will read it twice, firstly for the story and then to analyze the writing to see how the author involved me, the reader, in this other world. Authors I admire include Margaret Atwood, Pat Barker, Ian McEwan, Annie Proulx, Lorrie Moore, Tom Franklin to name just a few.
4)      Tell us about your current project, Natasha Lands Down Under.

My young adult novel tells the story of a young girl, born in Shanghai, China, to Russian parents who flee to Australia in 1950 after the Communist takeover. Only the mother speaks English, so the characters are often actually speaking in Russian, although of course, the book is written in English. Being Russian in the West during the Cold war period had its own problems and Natasha’s family is often accused of being communists. The book covers the first year of Natasha’s new life with flashbacks to the war years. It explores the issues immigrants have as well as those of growing up and fitting in with your peers. I hope it shows people who have only ever lived in the country of their birth, the depth of the dislocation that occurs when a family migrates and the struggles of establishing a new life.

5)      How have your real life experiences influenced the plot of Natasha Lands Down Under?
It was because of my family history that I wrote the book. I had written down true stories of my family’s past so that my children would know what had happened to us before they were born. I was indeed born in China to Russian parents and migrated to Australia in 1950. Most of the stories in Natasha Lands Down Under that occur before arriving in Australia are actually true.  My father was almost shot for having U.S. dollars in his wallet, and my uncle was ‘displaced during World War 11. I created Natasha to carry these stories into a book.  The events that occur after the family is in Australia, however, are mostly fiction, although often based on experiences I have had or on situations that friends have encountered.

6)      How did you choose your publisher? Describe that process.

I had sent my manuscript out to about three publishers and a few more agents. One publisher kept it for nine months, even sending me a note asking me to be patient and then I received a letter stating something like ‘even good manuscripts cannot all be published’. I’m sure we have all received those. So I took matters into my own hands. A writer friend who had used High Pitched Hum recommended the publisher to me, so I decided to use them to bring Natasha to the world.

7)      How do you promote your work? What strategies have been most successful?

The one thing that has helped the most was that Natasha Lands Down Under won the Moonbeam Children’s Book Award for Young Adult, Historical/Cultural Fiction in 2009. It really gave it a boost.  I have made presentations at schools and community groups and have been invited to book fairs, as well as spoken at book group meetings. On-line activities help, too, such as this interview and a blogtalk radio interview I did for Angelica Harris’s program. As well I have a Fan page on Facebook.  My comprehensive web site has both discussion questions and a Teacher’s Guide.
8)      What do you plan to accomplish in 2012?
So far I have been concentrating on marketing my novel, but I hope to write for several blogs. I also enjoy helping writer friends by critiquing and editing their work.

9)      What advice would you give to budding writers?
It’s simple - keep writing. Hone your skills. Join a writer’s group. These groups are invaluable in supporting the writer while still critiquing the writing. If one group does not work for you, leave and find another, even if you have to start it yourself. It is also important to work on marketing skills, which often do not come naturally to people who are writers.

The joy I feel in having my work make a difference, however small, in another person’s view of the world. When people tell me they learned a lot of history while enjoying reading my book, then I feel that I have succeeded in what I set out to do.

Katherine McCaughan was born in Shanghai, China to Russian parents who fled to Australia in 1950 after the Communist Revolution. She graduated from the University of Sydney and Sydney Teachers’ College, and taught English and History at the high school level. In 1977, with her husband and three children, she moved to Chicago, Illinois, where she worked in real estate and relocation. It was in Chicago that McCaughan began writing down family stories from the dangerous and tense times the family faced during the Second World War, the Japanese occupation of China and the civil war that followed.

In 1993, with her children in college, she and her husband moved to Hong Kong where they lived for ten years.  Here McCaughan wrote book reviews for B- International Magazine, personal essays for AWARE magazine, published a short story in Australia, and taught creative writing at the Hong Kong YWCA. The nostalgia brought on by the Chinese and British cultures in Hong Kong inspired the interweaving of the family stories into a fictional novel, Natasha Lands Down Under. Drawing on her experiences, the novel explores issues of migration and adaptation.
McCaughan was invited to be a ‘featured author’ at the Amelia Island Book Festival in February, 2010, and to take part in the Florida Heritage Book Festival in St. Augustine in September 2010. She has spoken at many schools, book groups and community organizations. A podcast of an interview she gave to Angelica Harris and Siggy Buckley can be found at http://www.blogtalkradio.com/angelicaharris/2012/01/09/guest-katherine-mccaughan.  She now spends her summers in Chicago and the rest of the year in Jacksonville, Florida.

Email ThisBlogThis!Share to TwitterShare to FacebookShare to Pinterest
Labels: author, Katherine McCaughan, Natasha Lands Down Under, The Writer's Block